Stephen Drew has been one of the poster boys for the team's offensive struggles in this series, and that has led to people calling for his benching. It's not time for that overreaction from John Farrell, though.

Share All sharing options for: ALCS 2013: Not panic time with Stephen Drew

Everyone knew this was going to be a tough series as soon as the Tigers defeated the A's in the ALDS, as Detroit and Boston were thought of by most as the best two teams in the American League for the majority of the season. Their great starting pitching posed a huge problem for the Red Sox, and it wasn't much of a secret. Luckily, the Red Sox are winning this series 3-2, and are just one win away from going to the World Series, an unimaginable situation back in March.

Even with all that being said, though, it hasn't been all great. That tremendous starting pitching of Detroit is making Boston's bats look like Houston's, with some big names having particularly tough times. David Ortiz had that huge home run to help win Game 2, but hasn't done much of anything beyond that. Shane Victorino has struggled so much he briefly switched back to batting lefty yesterday, before again flipping back to the right side. Dustin Pedroia hasn't been himself for the entirety of the second half, it seems, and that's continued through this series. The guy catching most of the heat, it seems, has been Stephen Drew, who has definitely looked overmatched all postseason. Right now, though, it's not time to give up on him.

The biggest reason people are clamoring for Drew to ride the bench is the presence of the phenom Xander Bogaerts, and that's actually a damn good reason. Bogaerts has done nothing but prove that he belongs in the lineup every day, and that he can provide a real spark for this team. He already has a couple of extra base hits in a very limited number of plate appearances this series, and has shown off his tremendous approach at the plate all October. The fact that he has spent so much time with Daniel Nava since being called up to Boston is showing up in the quality of his at bats. The thing is, though, John Farrell made the right call last night by putting him at third base last night. He shouldn't go back on that now.

While Stephen Drew has struggled, Will Middlebrooks hasn't looked much better. Drew's postseason line is atrocious, at .094/.121/.154 in 33 plate appearances, while Middlebrooks' is a slightly better - but still bad - .174/.269/.261 in 26 trips to the plate. Of course, those are small sample sizes, but in the postseason part of a manager's job is deciding how much of a player's performance is random noise, and how much of it is a genuine cold streak or hot streak. If I was in Farrell's shoes, it wouldn't really be much of a contest to me for who would seem more likely to snap out of their funk. 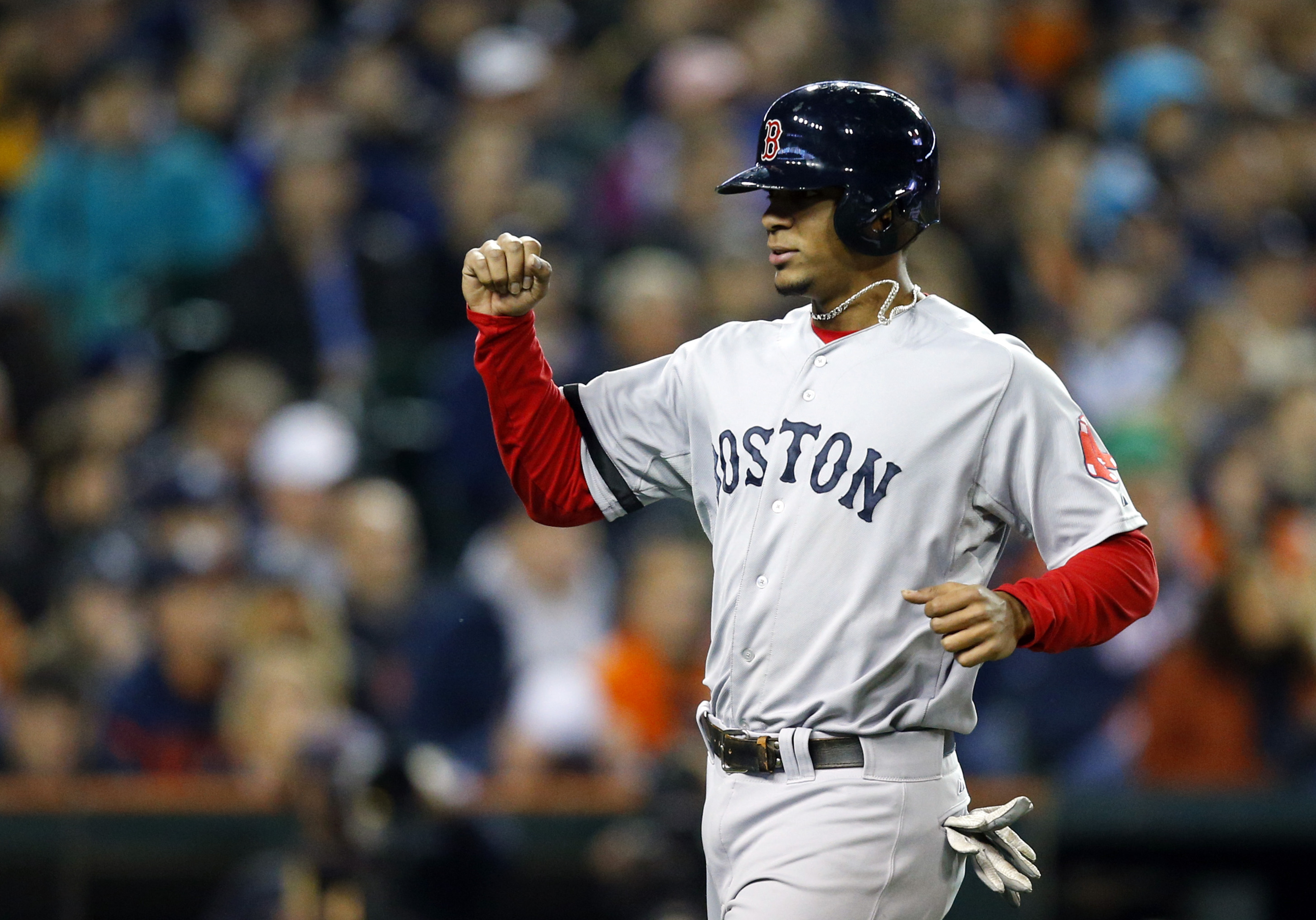 Drew has been the superior hitter all season. He used his above-average ability to draw walks and good-but-not-great power to push himself to a 109 wRC+ for the season (nine percent better than the average hitter). Middlebrooks, on the other hand, struggled with plate discipline, and relied pretty much just on his power to sputter to an 83 wRC+. Admittedly, much of that is due to his slow start, and he did look better with a 114 wRC+ in 158 second-half plate appearances. Still, though, Drew's knack for drawing walks and putting together solid at bats is much more appealing than Middlebrooks, who seems to have been figured out by opposing pitching. Go down and away with breaking balls all day, and wait for the young third baseman to chase three of them before he's back in the dugout. Not to mention the fact that the left-handed Drew is much better against right-handed pitching, something that both of the Tigers' next two starting pitchers -- Justin Verlander and Max Scherzer -- happen to be.

Maybe you think that Middlebrooks' power upside gives Boston's lineup a big boost, and put the two players evenly on an offensive level. Even in that scenario, Drew is the play, since his glove at shortstop is such a huge presence. While he's not Jose Iglesias out there (who really is, other than Andrelton Simmons?), he is still safely above-average, and has been a big advantage for the pitching staff all season. While Bogaerts can handle himself at the position, more runs will be saved with Drew at short and Xander at third than the 21-year rookie at short and Middlebrooks at third. With Clay Buchholz making the start in Game 6, that becomes an even bigger advantage, as the big righty has induced ground balls at an above-average rate for his entire career. Even John Lackey, the potential Game 7 starter, has an above-average ground ball-rate. Having Drew and Pedroia up the middle with Buchholz and Lackey on the mound gives the team the best chance to win, regardless of how their hitting at the moment.

It's easy and understandable to be frustrated with Stephen Drew's offensive performance so far in this postseason. He's look straight-up overmatched, and that is undeniable. With a guy like Xander Bogaerts on the roster, and the power potential of Will Middlebrooks, it's easy to pine for the benching of the team's shortstop. That would be a big mistake for John Farrell, though. Not only is Drew the better bet to snap out of his offensive funk, he is also the better defender, without any shred of doubt. While right-handed pitchers are starting all these games for the opposition, Drew needs to be in the lineup.