Jose Dariel Abreu has narrowed his list down to three potential teams, including the Boston Red Sox.

Jose Dariel Abreu has narrowed his options down to three teams, and according to Jesse Sanchez of MLB.com, the Red Sox are still in the running.

Sources: Cuban slugger Abreu down to #Astros, #RedSox and #WhiteSox. Could sign in next two weeks http://t.co/gM75BF0UdR

The Cuban first baseman was expected to provoke some serious competition amongst his potential suitors, with Buster Olney suggesting yesterday that he will likely draw $70 million from whichever team ultimately signs him--whether that's over five, six, or however many years remains unclear. 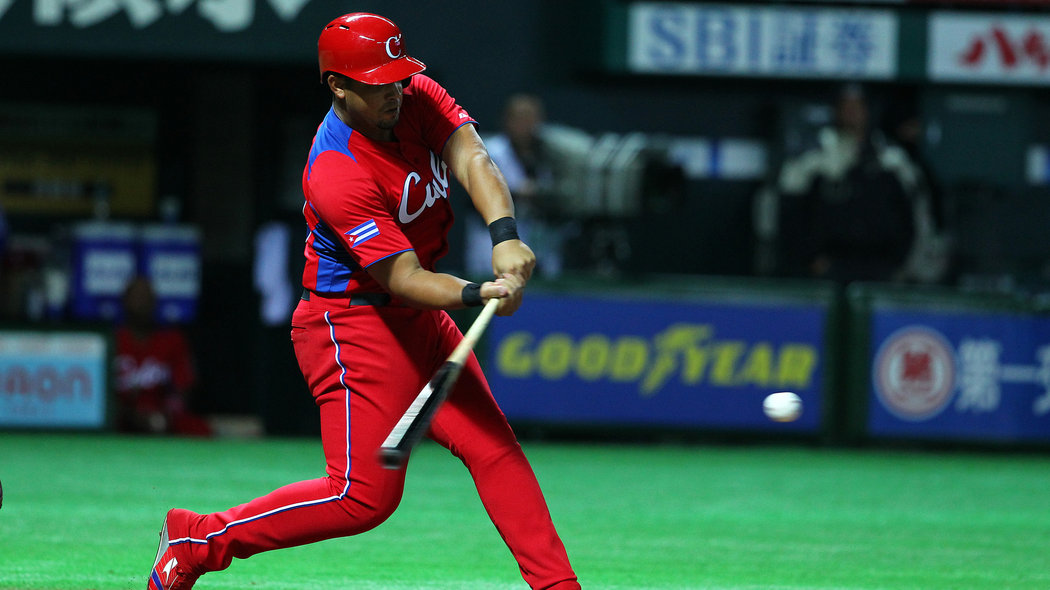 What is clear is that Jose Dariel Abreu offers as much potential for reward as he does risk. He's got exceptional power, and while some scouts feel he may struggle against the league's better pitchers, if the 26-year-old continues to progress when given more exposure to advanced pitching, he could be one of the league's top hitters. If not, he'll still have power, the only question will be whether he can make contact often enough to still be a quality regular at first or DH.

We've debated the pros and the cons here endlessly, and there's even a weird scenario where Abreu and Napoli both end up back in Boston for 2014, however unlikely. But if it's come this far--far enough that the Red Sox are in the final three--then it seems certain they're serious about signing Abreu, even at a significant cost.