Both players hit second, both players play right field and both players are struggling in the ALCS. It is time for Torii Hunter and Shane Victorino to step it up. Win the match-up, win the game.

Despite striking out 43 times in 27 innings, the Red Sox enter Game 4 with a 2-1 advantage over the Tigers in the ALCS, thanks in large part to Mike Napoli winning his match-up against Justin Verlander. The battle between the two top scoring clubs in baseball has been surprisingly lacking in offense, and Red Sox starter Jake Peavy and Tigers starter Doug Fister will try to keep in that way in Game 4. Both teams have gotten very little production from the top of their lineups in the series and if either team is going to break out offensively, that will have to change. Both sides would love to see that shift begin with their number two hitter, and that makes the match-up between Torii Hunter and Shane Victorino one to watch in this game.

Hunter and Victorino are similar players in many respects. Both are former Gold Glove center fielders who have shifted to right in the late years of their careers. Both hit second in the lineup and both have provided well-above average production from that spot during the 2013 season. Victorino posted an 801 OPS for the season and Hunter posted 800. Both players have also been struggling badly in this series: Victorino is 1-11 with five strikeouts and no walks, though he has scored a run and reached base by getting hit and by taking first on a wild pitch-strike out. Hunter has been just slightly better,  going 3-14 with a double while striking out four times.

There are some misleading elements to these similarities, however. While Hunter has always had a reputation as an excellent fielder, the advanced statistics have never liked his glove. Total Zone (TZ), Defensive Runs Saved () and Ultimate Zone Rating (UZR) all have Hunter  between 9-10 runs below average in right this season. Victorino, on the other hand, deserves the Gold Glove in right this year. credits him with an incredible 24 runs saved, URZ has him saving 20 and TZ puts his total saved at 18. There is a difference in their value at the plate as well, though it is not nearly as dramatic. Victorino’s 801 OPS is more heavily OBP driven, with the Red Sox right fielder posting a .351 OBP against Hunters .334 mark. Of course, that means Hunter out-slugged Victorino, but given the value of making fewer outs, Victorino holds the higher wRC+ at 119 over Hunter 117 even with the ballpark adjustments going in Hunter’s favor. 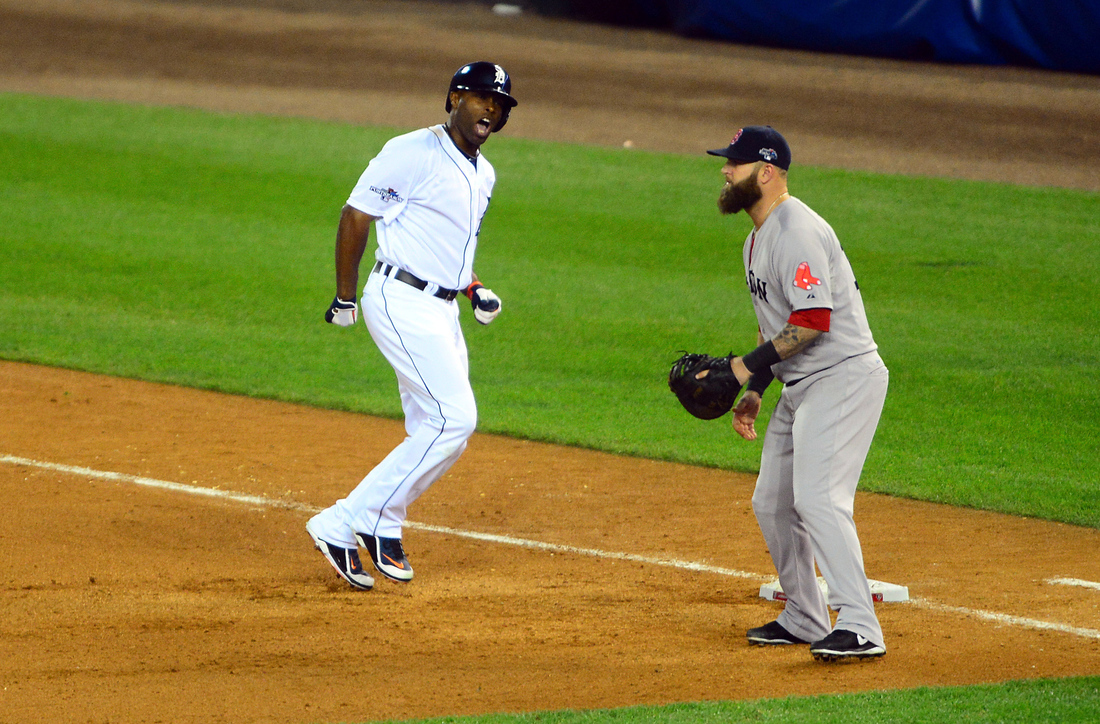 Though the Red Sox may have the superior player hitting second, Victorino’s struggles in this series have seemed to tilt this match-up in favor of the Tigers and Hunter. With Peavy matching up against Fister, Game 4 is the perfect time for both players to break out and the one that manages to do so could end up as the hero of this key mid-series contest. Hunter has seen Peavy 17 times in his career and he has the best numbers of any Tigers' hitter against him, going 7-16 with a double, a triple and a home run. Victorino has far less experience against Fister, but his numbers are even better. In just six times against Fister, Victorino has four hits, a (of course) and a home run off the Tigers starter.  Just 17 plate appearances is hardly a relevant sample, and six plate appearances is barely worth even noting, but it is hard to imagine two hitters as talented as Hunter and Victorino staying cold forever. If nothing else, their past successes might just give them the added confidence they need to shake off their current struggles.

Sox know Miguel Cabrera's weakness, and it is fastballs 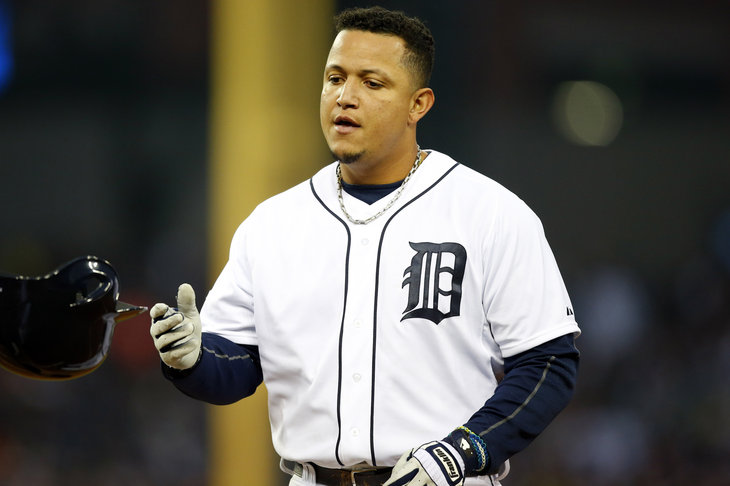 Normally, it wouldn't be an issue for one of the game's great hitters, but the injuries have piled up and slowed him down.

It is on the other side of the ball that Victorino’s value over Hunter really stands out and that is also a potentially vital factor in this game. While the Tigers are sending their most prolific ground ball pitcher to the mound in Fister, the Red Sox are taking a chance putting their most fly ball-happy arm a start in a park where homers leave more often than they do at Fenway, and other extra-base hits occur plenty. Jake Peavy has gotten grounders on just under 33 percent of batted balls, the fifth-lowest rate in the majors this season (minimum 100 IP). Over his career, Peavy has also had lefties pull the ball more frequently that righties, who go to the opposite field almost as much as they pull against him. That batted-ball profile puts Victorino in the center of the action defensively, which is certainly not a bad thing for Boston. Even if Hunter continues to hold a slight edge on offense in the series, Victorino's potential impact on defense in this game could be more important.

Both teams need to get more production from their number-two hitting right fielders in this series and Game 4 has the potential to be a turning point for both Shane Victorino and Torii Hunter. If one of them steps up tonight and wins this match-up decisively, there is good chance that their team will get the win as well.