Normally, it wouldn't be an issue for one of the game's great hitters, but the injuries have piled up and slowed him down.

Share All sharing options for: ALCS 2013: Red Sox know Miguel Cabrera's weakness, and it is fastballs

During Tuesday's American League Championship Series Game 3, both Junichi Tazawa and Koji Uehara were warming up while Craig Breslow was on the mound. Tazawa would come in to face the right-handed Torii Hunter, making Twitter and those disconnected at home wonder why it wasn't Boston's closer getting the call. Tazawa would stay in to take on the fearsome Miguel Cabrera as well, a non-move that resulted in further questioning as well as understandable panic. Tazawa is good, real good, but Koji is the best Boston has, and the best should face the best. Right?

Well, generally, sure, but context matters, and there was plenty here. The Providence Journal's Brian MacPherson pointed it out first:

Lackey was beating Cabrera with his fastballs at 94. Uehara doesn't have that. Tazawa does.

Uehara can do basically anything, but he's not successful because of his fastball. He builds off of his fantastic splitter, and uses the fastball more to keep hitters off balance and guessing than he does to setup his out pitch, since that out pitch is also his primary offering -- it's a little weird, but Koji basically sets up his splitter by throwing splitters. Tazawa, on the other hand, has velocity to spare, and can ratchet up as necessary. This is precisely what he did to Cabrera, pumping nothing but mid-90s heat by him to record the out, making way for Uehara to come in and do his thing against Prince Fielder to end the inning. 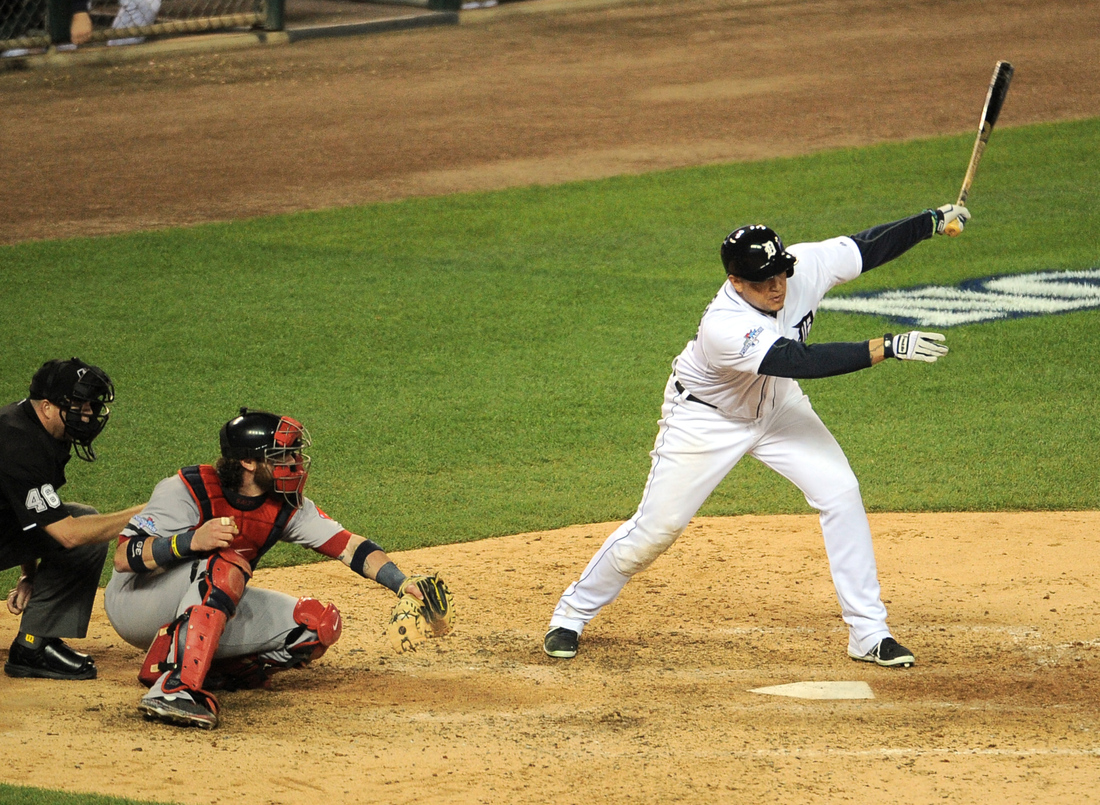 In the regular season, traditional roles might take the stage, but in the postseason, things change. John Lackey was lifted despite rolling and with just 97 pitches under his belt, because manager John Farrell felt it was time to give way to match-ups that would favor the Red Sox. Craig Breslow, who came in for Lackey and also pitched effectively, was removed for the same reason in order to bring Tazawa into the picture. And it was Tazawa over Koji in the eighth for the exact reason MacPherson pointed out: heat was what was needed to get by one of the game's most dangerous hitters.

Normally, a fastball to Miguel Cabrera would be dangerous to the pitcher in question, but he's not quite the Cabrera you're used to. This iteration is dealing with a litany of injuries, and was limited to 148 games in the regular season -- he likely would have seen even more time off to heal, but the late-season surge of the Indians loomed large, and the Tigers finished just one game up in the AL Central as is. This caused Cabrera to keep playing through strains (abdomen, groin, hip) as well as back and ankle soreness, and led to a down September in which the third baseman slugged .400 points lower than he had in August, putting up a .278/.395/.333 line. That might not seem like such a bad off month, but the last time Cabrera had a monthly OPS under 800 was July of 2011, and that only just missed at 798. The last time he had a monthly OPS as low as September 2013's 728 mark was in September of 2004, when Cabrera was 21 and in his first full season in the majors.

So, here you've got a hitter who can crush a mistake in an instant even in a lessened state, but he's clearly not playing with his usual strength -- you aren't just seeing it at the plate, but also in the field, where he's hobbled and positions himself so that Boston can't spam bunts his way. The Red Sox took advantage by firing heaters in at him constantly, and it has kept him off of his game and mostly off of the bases as he's not able to swing with his usual bat speed and frightening technical ability. As Buster Olney pointed out, Cabrera swung-and-missed nine times on Tuesday, the most he ever has in his entire career -- eight of those nine whiffs came on fastballs, according to Brooks Baseball. 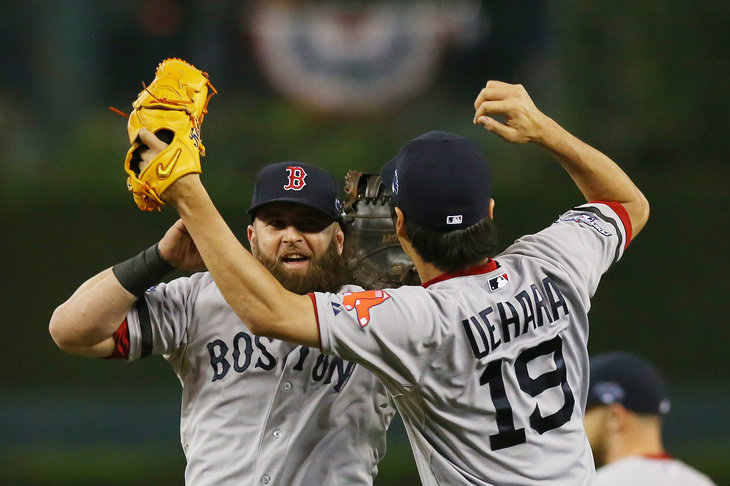 A fantastic performance from John Lackey and one big swing from Mike Napoli were enough to lift the Red Sox past the Tigers.

The Red Sox deserve credit for realizing that fastballs were the key, but they aren't the only club to have noticed. The Athletics attacked Cabrera in much the same way in the first round, and while they, like the Red Sox, allowed a home run for their troubles, they also mostly limited Cabrera's production: all told in the postseason, Cabrera is hitting .226/.273/.419, and over 88 percent of the pitches he has seen have been fastballs -- in the regular season, Cabrera saw just 65 percent heaters.

Red Sox fans are well aware of what advance scouts can do to help a club in the postseason: the 2007 Sox were lauded for their preparation and scouting that led to a World Series victory, as they were able to neutralize many of their opponents' strengths by simply having a plan in place to counter them. It's no different here with Cabrera, who, at his healthiest, is arguably the most potent hitter in the majors. He's not at his healthiest, and it's opened up a weakness that otherwise wouldn't exist. Exploiting it wasn't enough for the Athletics to win, but to this point, it's helped the Red Sox negate the fact their own batters haven't been able to figure out Tigers' pitching, and has contributed to their current 2-1 ALCS lead.