The potential Red Sox target likely won't be one if this price is true.

The Red Sox could very well need a new catcher in 2014, thanks to the impending free agency of Jarrod Saltalamacchia. They might want to keep Salty in mind, however, as there are already rumors out there -- from the general manager side of things -- suggesting McCann is going to make far more bank than we could have guessed.

ESPN New York learned on Tuesday from an anonymous MLB GM that McCann could sign for six years and $100 million, thanks to his high-ranking status in the catcher hierarchy. The fact he could shift to first and designated hitter as he ages thanks to his bat helps as well. 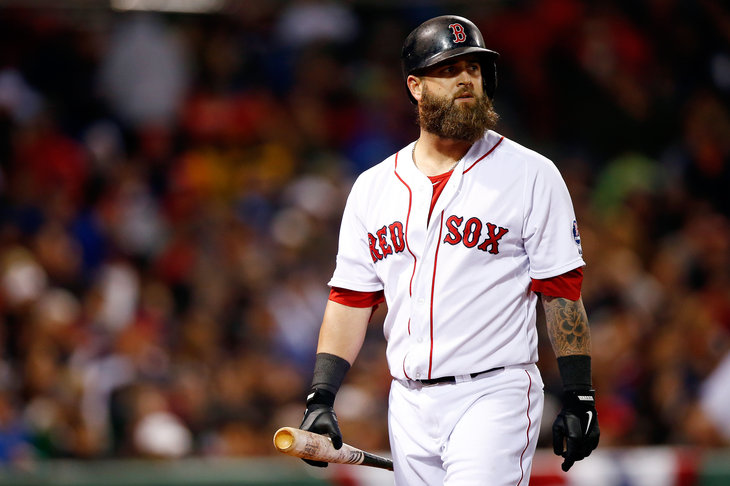 There is one Red Sox player known for his high-K ways who might not be phased by the former-MVP.

That might all seem outrageous, but, as Andrew Marchand notes at ESPN, Joe Mauer is in the middle of an eight-year, $184 million deal, and even the Cardinals, who spend but aren't swimming in money, signed Yadier Molina to a $75 million deal over five years. It's easy to envision McCann, the jewel of this winter's catching market, inking for more than what Molina is signed at for his age-30 through age-35 campaigns.

The Red Sox would have the money for this kind of deal, sure, but they could also likely re-sign Jarrod Saltalamacchia for less than half this amount and fewer years, keeping a catcher who knows the pitching staff around and saving money for other needs that crop up. If McCann's bat were to slow down after signing him long-term on the premise that he can move to positions that demand more offense eventually, the Sox would have money already spent and no real solution on hand.

Plus, with Blake Swihart and Christian Vazquez in the system, there is little reason for the Red Sox to go all-in on a catcher right now. They still have things to prove in the minors, but not to the point that a nine-figure deal for McCann that lasts until nearly next decade needs to be in the plans.