The qualifying offer system has already seen a significant boost, but will it effect impending Red Sox free agents?

The qualifying offer was introduced by the most recent collective bargaining agreement as a way to revamp free agent compensation. It allowed teams to decide which players merited compensation should they leave for another club, and also drastically reduced the number of compensatory draft picks there were in the draft. The qualifying offer isn't a static total, though: it's based off the top-125 salaries in the game, and that number is ever-shifting. Whereas it was $13.3 million after 2012, it's now going to be $14.1 million, according to the New York Post's Joel Sherman.

Rosenthal: Mariners will sign Jacoby Ellsbury for $126 million or more 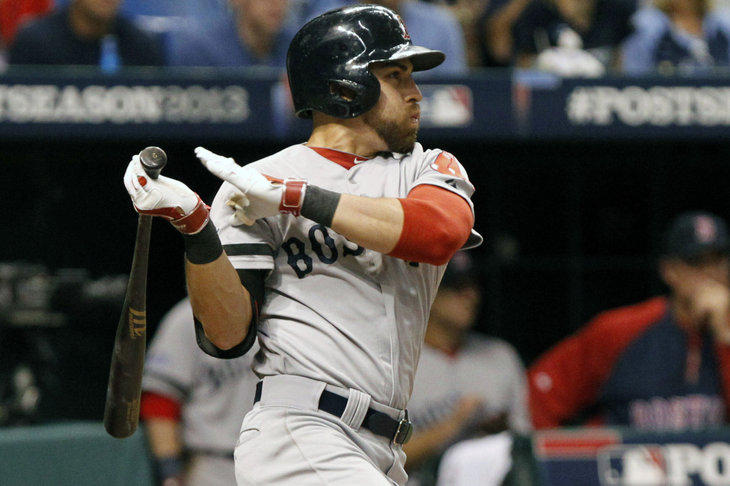 It's early for predictions, but this one makes a lot of sense.

This likely does not change anything for players the Red Sox could submit qualifying offers for. Jacoby Ellsbury, Stephen Drew, and Mike Napoli are all expected to make something in that ballpark per year -- much more in Ellsbury's case -- so the risk, slight as it is, that one of the players would accept a $14.1 million deal is not a big deal. It's honestly not even a problem for Jarrod Saltalamacchia, because the Red Sox would love to have him back for a year -- it would solve a lot of problems, really, as it would allow Blake Swihart and Christian Vazquez another year in the minors to develop. The only other two free agents are Joel Hanrahan and John McDonald, and neither of them will pull in a qualifier.

There is a legitimate chance the Red Sox hand out four of these, to Ellsbury, Drew, Napoli, and Salty. They might re-sign anywhere from zero to, realistically, three of them -- Ellsbury is very likely gone if the rumors about potential prices for him are true. If they sign, say, two of the four, they'll end up with two compensation picks back for the 2014 draft, assuming other teams scoop them up. It's something of a win-win for the Red Sox, and that's the beauty of the qualifying offer system.