It's been a long time since the Sox had anyone this good, but that's X.

Baseball America has released their top-20 rankings for the Triple-A International League, and, as expected, the Red Sox are well represented. While they don't dominate the list the same way they did the High-A Carolina League, picking up three of the top-20 when Pawtucket is also full of plenty of future big-league players is no small thing.

Read More: Red Sox face the Tigers in the playoffs for first time ever

Unsurprisingly, it's Xander Bogaerts atop the list. Bogaerts didn't begin the year at Triple-A, but after pummeling the Eastern League, the 20-year-old was promoted into the level in which he was the youngest position player around.

You're familiar with Bogaerts already, especially considering he's on Boston's playoff roster at the moment, and was integral to their Game 4 elimination of the Tampa Bay Rays. Baseball America spoke to his Pawtucket manager, Gary DiSarcina, to get a sense of Bogaerts' plan at the plate, one we've seen on display already:

"One of the biggest things that impressed me about (Bogaerts) was his ability to adjust," Pawtucket manager Gary DiSarcina said, "especially in the batter's box. When he first came up he was looking fastball. His first week here he struck out on a lot of balls in the dirt, but he survived and adjusted."

"He had the ability to remain calm in the later innings and not let the game speed up on him, which is rare for a guy his age," DiSarcina said.

Baseball America believes Bradley will be able to handle the pressure of replacing Jacoby Ellsbury, citing his time with two College World Series clubs -- something the Red Sox love to look for -- as evidence. It also helps that he didn't wilt during his multiple call-ups and send-backs to Triple-A, and that his plan at the plate is already advanced, allowing him to wait for his pitch to hit and consistently draw walks even against southpaws that should be his bane. Throw in that he's expected to be an all-world glove in center, and you've got an on-hand replacement for Jacoby Ellsbury. 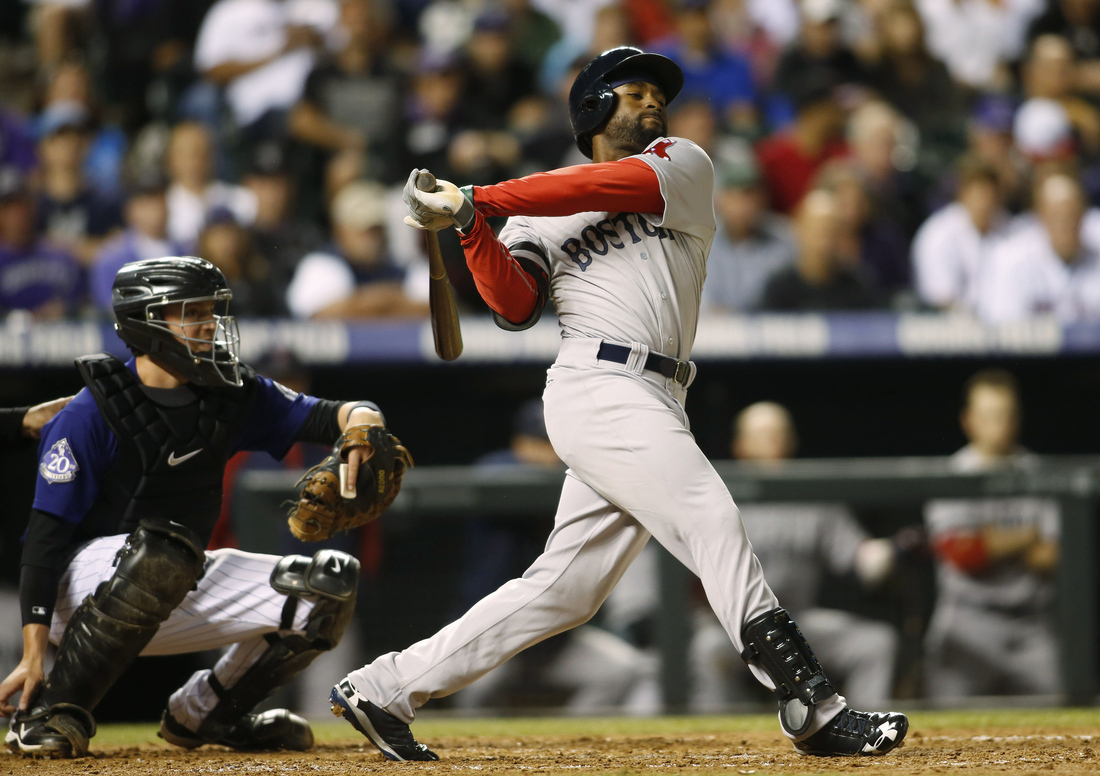 Webster's season might seem like a disappointment, but it was his first campaign at Triple-A, and he learned from many of the mistakes made during his rough patch and progressed as a pitcher. It's not Webster's fault -- nor should it be held against him -- that the Red Sox were forced to call upon his services before he was ready for the task once injury struck the big-league rotation. When he finally was able to settle in with Pawtucket and apply some of what he had learned by getting hit hard, his command became more consistent, he took control of more plate appearances, and he performed far better on the mound overall.

Whether that carries over is something we'll have to see,  but Webster should get time to figure things out at Triple-A once more in 2014, thanks to the presence of Brandon Workman as either the first line of defense at Pawtucket or in the Boston bullpen.