The Tigers have the star power. Can the Red Sox grind them into the ground to advance into the World Series?

Share All sharing options for: ALCS 2013 Preview: Of big names and beards

The Red Sox have their opponent: it will be the Detroit Tigers making their third straight trip to the ALCS, attempting to return to make consecutive trips to the World Series.

For all that both the Red Sox and Tigers are the last two teams standing in the American League, they're built in very different ways. For the Tigers, it's all about the best. Max Scherzer, Anibal Sanchez, and Justin Verlander stand out as some of the most threatening arms in the game, and Miguel Cabrera is the single most dangerous bat baseball has seen in recent years. For the Red Sox, it's about depth, with quality throughout, but not quite reaching the same heights as Detroit.

Conversely, of course, that means that the Tigers can be seen as comparatively thin, at least in some parts of their roster. One area where that is certainly not the case is the rotation. While the Red Sox pride themselves on having no weak links in their chain of Jon Lester, John Lackey, Clay Buchholz, and Jake Peavy, the Detroit Tigers can boast the same consistency with Anibal Sanchez, Max Scherzer, Justin Verlander, and Doug Fister. The big difference is that while the Red Sox have strong options, the Tigers have Cy Young contenders in the likes of Scherzer and Sanchez, with Verlander just two years removed from winning said award.

The lineup, however? Deceptively vulnerable, once you get past Miguel Cabrera. Held to just 17 runs in the five games of the ALDS (a figure the Sox eclipsed in their first two against top Rays lefties Matt Moore and David Price), the Tigers have names like Prince Fielder and Victor Martinez who may once have inspired fear, but just haven't been that impressive of late. While Miguel Cabrera clearly leads the two teams with a ridiculous .442 wOBA, the Red Sox have players #2-4 on that list with David Ortiz, Daniel Nava, and Mike Carp all slotting in ahead of Fielder at .358. It's not a weak lineup by any means, with Fielder, Martinez, Peralta and the like providing reasonable backup for Cabrera, but it's a group that might be slightly more vulnerable to being picked apart than their team-wide numbers would suggest.

Having all those reasonable bats in the lineup has also taken a significant toll on Detroit's defense. Particularly down the foul lines. Miguel Cabrera, even when perfectly healthy, is a truly miserable third baseman, and probably shouldn't be playing defense period. Prince Fielder is, likewise, unimpressive at first to put it nicely, and Torii Hunter's best defensive days are about a decade in the past, with even his decent ones well in the rear-view mirror. There's going to be a lot of pressure on the guys up the middle--Infante, Iglesias, Peralta (when not in left) and Jackson--to make up for their deficient teammates.

The Red Sox, on the other hand, don't have quite such glaring holes in the field. Will Middlebrooks seems to go back-and-forth with the glove, and the combination of Jonny Gomes and Daniel Nava look a lot less impressive when you take their ability to play the Monster out of the equation and stick them in a big left field, anything hit up the middle or to the right is in danger of being gobbled up.

Where both teams really struggle is in the bullpen. The Red Sox can trust Craig Breslow and Koji Uehara, with Junichi Tazawa dependable in the right situations and Franklin Morales can generally take a big at bat against a lefty. The Detroit Tigers have strong options in Joaquin Benoit and Drew Smyly and...uh...

That's about it. It's why the Tigers called Scherzer in to pitch relief. Once you get past those top-two, things get even sketchier for the Tigers than they do for the Red Sox. 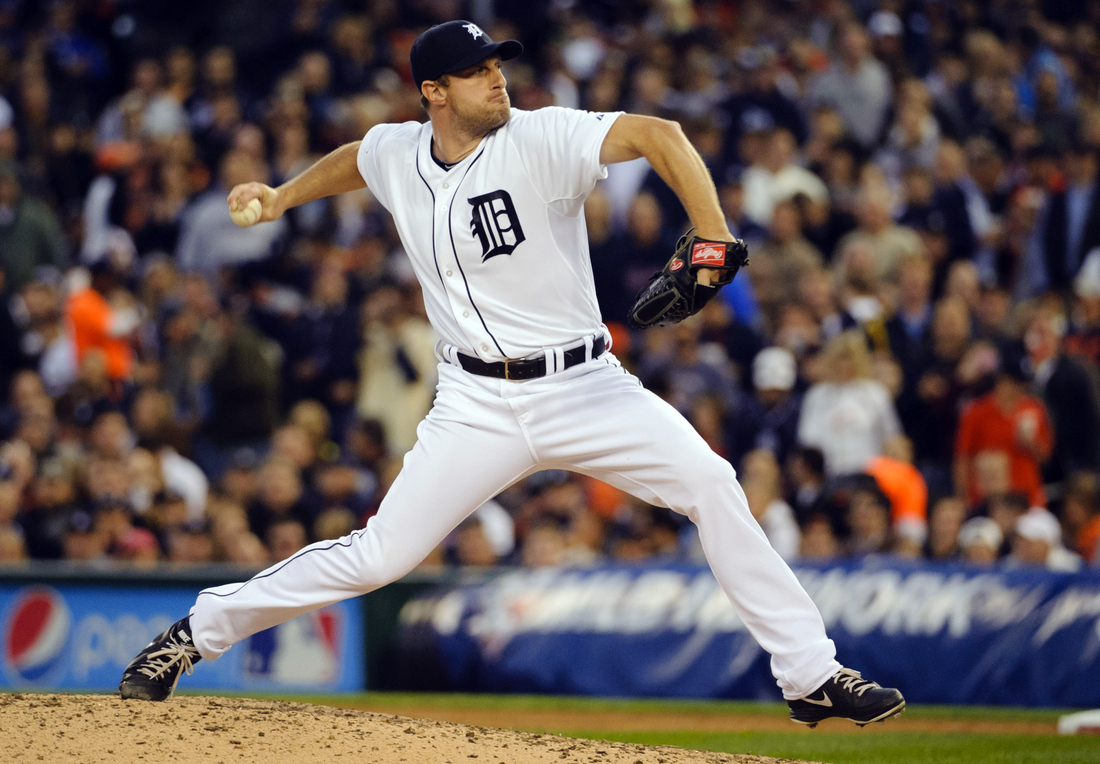 Reading this back, it all sounds a bit dire for the Tigers, but that would be to ignore the baseline here established by the starting pitchers. Sanchez, Scherzer, Verlander, and Fister are such a good postseason rotation that they have the ability to really take over this series. Fister is the only one who comes in significantly below 9 K/9 (Verlander is at 8.95, while Sanchez and Scherzer are both up in reliever realms of 10), which should serve them well in mitigating the team's defensive liabilities.

Red Sox face Tigers in the playoffs for the first time 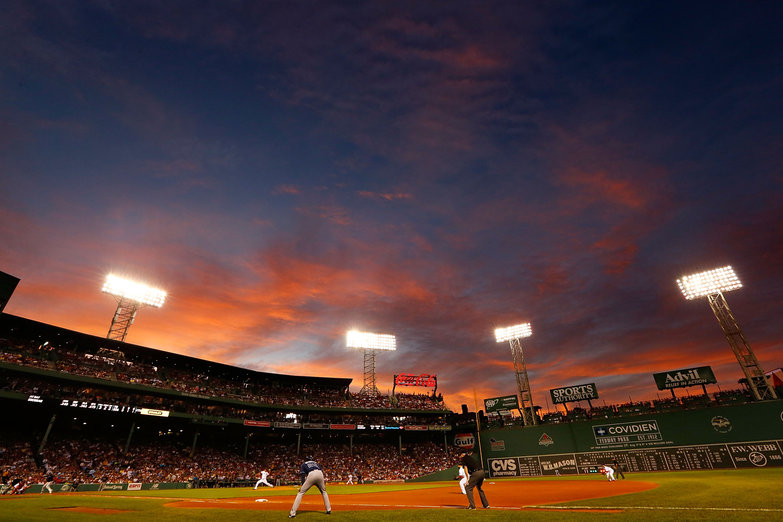 The Tigers and Red Sox have been rivals many times, but never in a head-to-head postseason match-up.

The key for the Red Sox will be whether they can do to the Tigers' rotation what they've done to so many others, grinding out at bats and getting pitch counts up. That's easier said than done against this bunch, particularly when, if Boston's rotation is doing it's job, there might be a temptation to give away outs to try to push across just one or two runs throughout the course of a game. And, on the other side of the ball, whether they can effectively gameplan this Detroit lineup to keep Miguel Cabrera from taking over any given game with his 4-5 plate appearances.

In other words, it's about taking the Detroit Tigers' star power and grounding it. Taking players who seem to play the game on a different level and dragging them down, if only a rung or two, with the mundane--foul balls at the plate, careful pitching on the mound. Yeah, they'll still get their strikeouts, and yes, Miguel Cabrera will get on base. These are unavoidable realities. But the Sox can dictate how they go about it, and what price they pay.