Rosenthal: Mariners will sign Jacoby Ellsbury for $126 million or more

It's early for predictions, but this one makes a lot of sense.

The season hasn't ended for the Red Sox, but 25 other teams are already at home figuring out their off-season plans. One of those is the Mariners, whom FOX Sports Ken Rosenthal predicts will be the landing space for Red Sox center fielder Jacoby Ellsbury. Rosenthal, on WEEI, said Ellsbury would sign for six or seven years, at $21 million per season, making it a $126 million or $147 million contract, depending on the years. 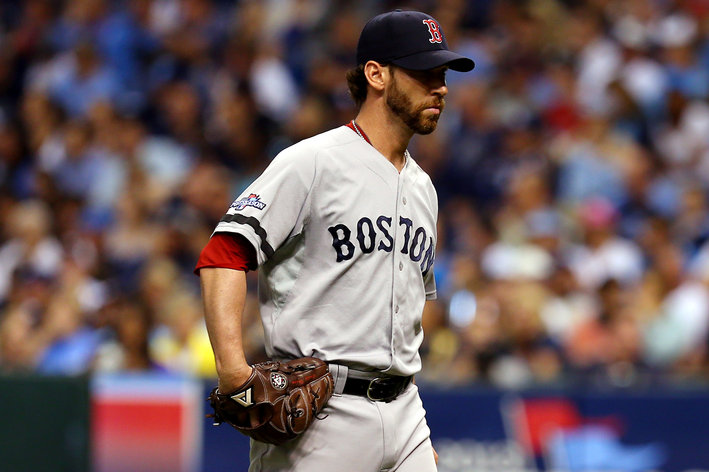 The Red Sox have made not one, but two significant moves with Breslow in the past year.

Now, this is just a prediction, but Rosenthal is one of the preeminent MLB reporters out there: there is little chance this is simply a guess -- he very likely knows the Mariners are just that interested. Plus, it's no secret that Seattle has lusted after Ellsbury, considering his Pacific Northwest roots combined with his talent. They've had trade discussions about Ellsbury in the recent past, and are in a position to upgrade and make a significant splash in is the final year of general manager Jack Zduriencik's contract.

While the Red Sox could certainly afford Ellsbury at $21 million a year, they don't have to push themselves like that. The presence of Jackie Bradley Jr. in Triple-A means they already have a replacement on hand, and while he might never develop into the player that Ellsbury is, he's expected to be a consistent, quality center fielder, one who will be at a team-friendly cost through 2019.

The Red Sox have expressed multiple times that they'd love to have Ellsbury, whom they drafted in the first round back in 2005, return after his contract expires. The chances of it happening on a nine-figure deal were slim, though, and something that pushes into the territory that Rosenthal suggests likely puts them out of the running. If that's the case, at the least, they'll get a compensation pick for Ellsbury in the 2014 draft, giving them something besides just Jackie Bradley Jr.'s defense and minimum paycheck to look forward to.