Will the Rays trade David Price? Should Red Sox fans even want them to?

David Price seems likely to wind up on the trading block. But don't start celebrating just yet, Red Sox fans.

Share All sharing options for: Will the Rays trade David Price? Should Red Sox fans even want them to?

It's no easy feat managing to compete at the top level for six years running on as small a payroll as the Rays do year-in and year-out. And yet here they are. By developing young talent, picking up free agent bargains (helped along by the mysterious effect Tampa Bay seems to have on guys like Casey Kotchman and James Loney), and consistently trading away the players who once headlined their roster to keep the farm system stocked, the Rays have managed to hang on.

Now they're trying to find their next infusion of young talent, and it's looking like David Price is the price they're planning to pay.

It's not hard for Rays players to see this coming. If you're an elite player whose arbitration figures are getting up there with free agency rapidly approaching, then chances are Tampa Bay is going to find a way to flip you for value. Matt Garza brough in Chris Archer, James Shields nabbed Wil Myers, and now a Cy Young winner in David Price? Do we even want to know?

David Price is not an exception. He is not oblivious to the trends:

For Red Sox fans, David Price has been a serious bugbear in the division. Even though the Sox emerged victorious the one time they ended up facing him in the ALDS, the whole story of that series was built around his two starts. It's why Game 4 seemed like such a must-win at the time. So Price on the trading block should be a welcome sight.

But it's not. At least not really. Sure, we'll enjoy not facing Price quite so often in the same way we enjoyed fewer James Shields starts. That doesn't change the fact that the Rays are very likely to come out ahead again. For all that there are plenty of reasons to dislike that team, it's put together by one of the most impressive front offices in the game. And if Red Sox and Rays fans alike see this as a huge loss for Tampa Bay, in reality it's just another necessary step taken to remain relevant.

For Red Sox fans, the worst is past 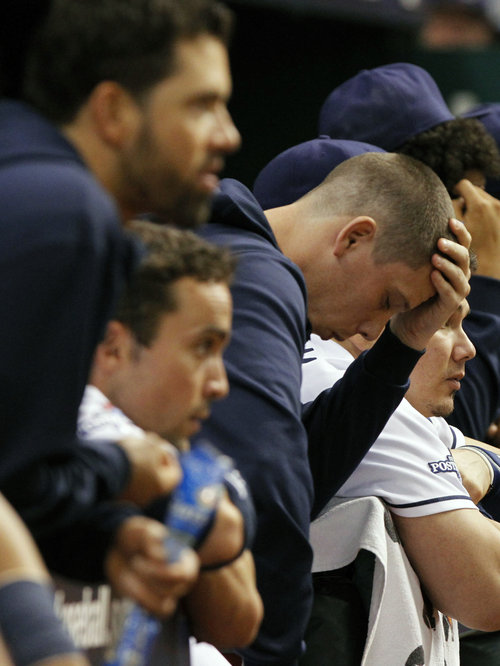 Or "Ding Dong the Rays are Gone"

At some point, something will go wrong, as it does for every team in the game. Only the Yankees have been able to avoid some period of irrelevance for as long as they have, and they do that by pushing payroll to incredible new heights in response to regular season failures (this coming offseason perhaps being the first exception?). If a series of prospects don't work out--if Price brings back a bust instead of a Wil Myers--the Rays could fade again for a while. But the one way to make almost certain that happens is to turn David Price into a compensation pick rather than a package of top prospects who have already proven their quality in the minors.

So yes, the Rays will trade Price. Yes, the Red Sox will be glad to see him gone. And yes, the Rays might even take a year to recover from the loss--maybe. But unfortunately they know what they're doing over there, and any decline seems likely to at best bridge the gap between more years like this one.