Red Sox playoffs: Sox should root for the Athletics

In Oakland tonight, the Tigers and A's are playing a winner-takes-all game to decide who will advance to the ALCS to play the Red Sox. It's a close call, but it seems like Oakland would be the easier opponent for Boston.

Share All sharing options for: Red Sox playoffs: Sox should root for the Athletics

Let's take a second to let the level of awesomeness of this situation sink in. The Red Sox are going to be playing in the ALCS this year. Seriously, stop and think about that. After everything that happened in the year and a half before this season, between chicken & beer, Terry Francona's exit, Bobby Valentine and the Punto Trade, we were exhausted. We'd been spoiled before that point, and I'm sure there aren't many fan bases across the country who felt sorry for us, but it truly was a trying year and a half to be a Red Sox fan. Or at least as trying as being sports fan can possibly be. Now, they are just four games from going to the World Series. And it's just a waiting game to see who they'll play in the ALCS.

Now, I think it goes without saying that, at this point of the season, there isn't going to be a bad team left. Whoever the Red Sox play in this upcoming seven-game series, they are going to have a major challenge on their hands. Hell, that was the case in the last round, when they were awaiting the winner of the wildcard game. Texas, Tampa Bay and Cleveland were all good teams, and none of them would have been pushovers. That being said, even when you are picking between two great teams like the Tigers and the A's, one of them is typically a little more scary than the other. This year, that team looks to me like it's the Tigers. If the Red Sox are rooting for one team in tonight's ALDS game 5, in my opinion, they should be pulling for Oakland.

The first reason Detroit scares the everlasting crap out of me is their starting pitching. I'm hugely impressed with how the starting pitching for the Red Sox have come together this year. Their four-man playoff rotation is as good as anyone could reasonably hope for. Still, they just aren't as good as the Tigers'. Just look at how their four playoff starters performed this year. It's absolute insanity.

Honestly, that's borderline unfair. The unit is led by the likely Cy Young candidate Max Scherzer. The Brian Kennys of the world who advocate for the Kill-The-Win campaign may dismiss him and his 21 wins, but the dude was a beast even without looking at his win-loss record. Then, they have Verlander, who was widely considered the best pitcher in the world coming into this season. 2013 was a down season for him, but it was still better than what most pitchers will give you. Then, there's the former Red Sox prospect Sanchez, who turned in a season that was better than anyone could've expected when he was shipped from Boston's farm system to Florida's. He may even have a better Cy Young case than Scherzer. Compared to the first three, Fister seems like a cakewalk, right? Well, after adjusting for park effects, he was still 10 percent better than the league based on ERA, and 19 percent better going by his peripherals and his FIP. 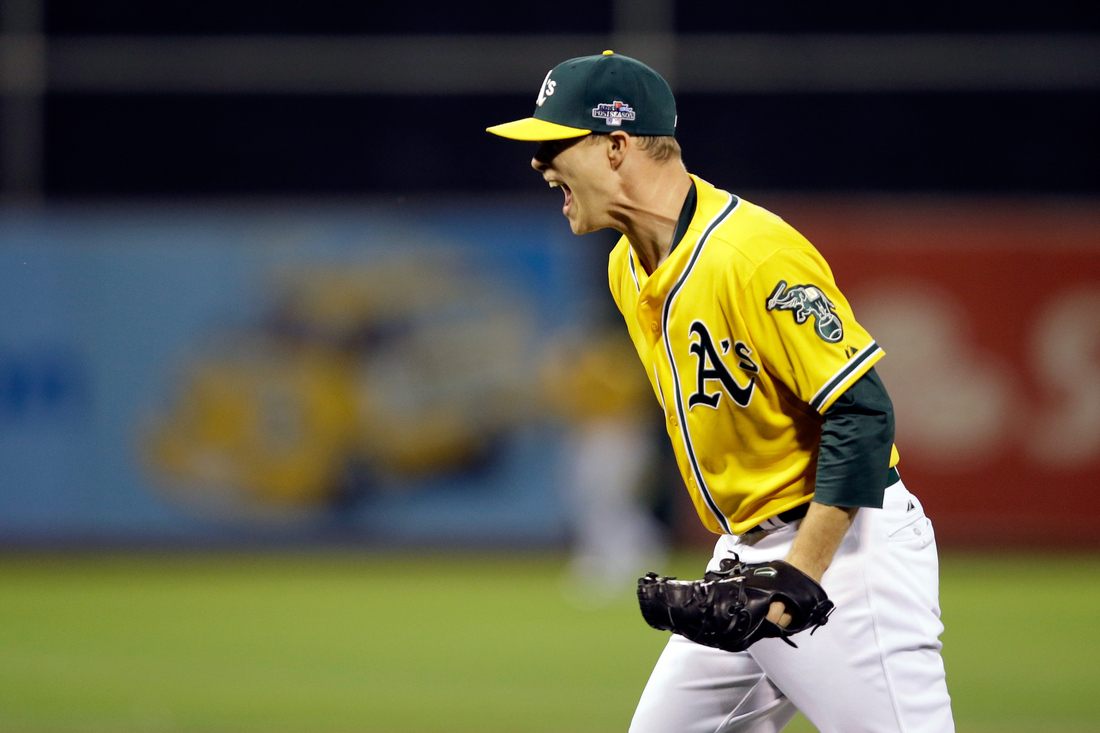 Oakland's starting rotation certainly isn't a walk in the park, especially with their top-two guys, but they don't stand up against Detroit's. Bartolo Colon is a Cy Young candidate too, with a 2.65 ERA on the year. And Sonny Gray took the league by storm after being called up this year, posting a 2.67 ERA and 2.70 FIP in his first 67 major-league innings. Then, in game 2 of the ALDS, he went toe-to-toe with Verlander en route to an impressive Oakland victory. In fact, he'll be getting the ball tonight. After them, though, it's not nearly as terrifying as Detroit's foursome. Jarrod Parker is a talented young pitcher, but he's been inconsistent all year, and now may be suffering through some fatigue problems. Dan Straily is another fine young pitcher, but he isn't a superstar or anything, as he put up an ERA and FIP hovering around four this year. Any of their pitchers are capable of going out one night and completely shutting down any offense in the game, but the odds of them doing that are far less than the odds of a Tigers' starting pitcher doing that.

As far as the offenses go, I'd rather put our pitching against Oakland's lineup, too. Their offense is much like the Red Sox's, in that they come at you 1-9, with a ton of depth. The thing is, I'm not sure they have a David Ortiz - someone who carries the presence to be in the pitchers' minds for the entire game. Josh Donaldson had a phenomenal season, and is a legitimate MVP candidate, but I just don't think he's on that level. With playoff games being typically close, one batter can change each and every game. At that point, it helps to have the superstars capable of big things with every swing. And boy, does Detroit have that. Miguel Cabrera is, without a doubt, the greatest hitter on the planet. He's been hurting for the last month and a half, and hasn't looked the same, but you'd still be nuts to not be afraid of him every time he steps in the box. Then, you have Prince Fielder and Victor Martinez coming up right behind. Honestly, their big bats just come in waves.

The month-long chase for a World Series championship is difficult and tiring for all involved.

As I said above, even if Oakland does beat Detroit tonight, they are still going to be a very tough out in the ALCS. There aren't bad teams playing baseball midway through October. That being said, the Tigers just look like a much scarier team on paper. Their starting pitching is nightmare-inducing, while they have a starstudded lineup that can score runs in bunches. On top of that, they were so close to winning it all last year, that there must be a bad taste in their mouth. I often think "experience" is overrated, but when everything else is equal, it's tough to give an edge to an inexperienced squad over an experienced one. Without a doubt, the Red Sox will be watching tonight's game quite intently. If they're smart, they'll be rooting for Oakland to win.