Red Sox playoffs: Is Jon Lester the Game One starter?

John Farrell won't name his rotation, but you can figure it out from the clues.

Share All sharing options for: Red Sox playoffs: Is Jon Lester the Game One starter?

Red Sox manager John Farrell has kept fairly quiet about the order of his playoff rotation, and the fact Boston has Monday through Thursday off doesn't help matters any, given Farrell could conceivably rearrange his four arms in any order he wished. There has been some clarity brought to the situation, however, as Clay Buchholz and Jake Peavy are scheduled to throw simulated games on Wednesday, according to CSNNE.com's Sean McAdam.

Buchholz and Peavy would likely only throw simulated games in order to get some work in during the long layover between their final regular season starts and their first postseason appearances. As the Red Sox open with either the Rays or the Indians on Friday afternoon, there's little chance either of those two would throw a simulated game only to pitch in a playoff game just two days later, leaving Farrell with Jon Lester and John Lackey. 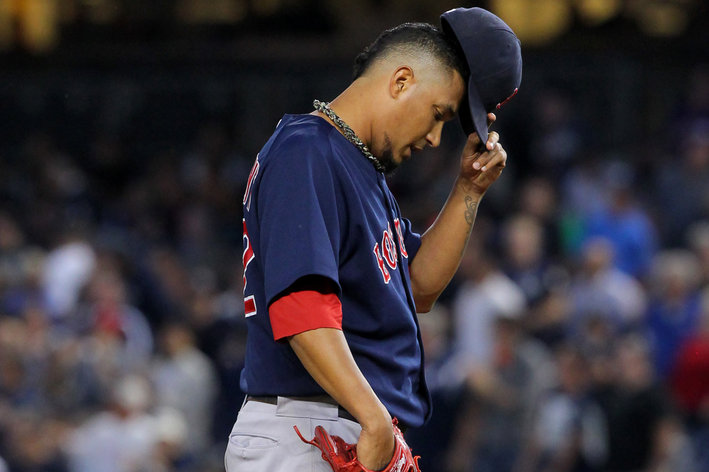 Doubront was so poor in relief -- again -- that he might have pitched his way out of October.

Given his tenure and the fact that, besides Buchholz, he's considered the ace of the staff for both leadership and past performance purposes, Lester in Game One seems like the safe bet. He tossed 213 innings this year and finished with a 3.75 ERA, but in reality, he was far better than that in 2013, and was easily the club's second-best pitcher behind Buchholz. If you remove the three mid-June starts wherein Lester allowed 17 runs in 15-1/3 innings thanks to wonky mechanics, and simply count the rest of his year, he posted a 3.27 ERA while averaging 6-2/3 innings per start over 30 starts and 198 innings. That's a season itself, and that's the guy you want to put in a position to go twice in the series if necessary.

That's not meant to be offensive to Lackey, who was plenty productive this year in his own right. With Lackey, though, the Sox seem determined to make sure he pitches at Fenway as often as possible, given his superior numbers there. Let's say Boston's series goes the full five games, and the Sox decide to skip Peavy in Game Four in order to turn to Lester again on three days rest. Lackey would be available for a Game Five in this scenario, securing him two starts at Fenway in a five-game series. If Lackey started Game One, and the Sox felt the need to skip Peavy in order to bring in a better pitcher in Game Four-- not that there's anything wrong with Peavy, either, but he's the fourth of four fine options at Boston's disposal -- then they would run the risk of Lackey pitching relatively poorly on the road, and on short rest. It's an efficient use of their resources, and the more prepared route, to go with Lester in Game One.