AL Wild-Card Game: Rays vs. Indians, who you got?

The Rays and Indians will put their seasons on the line as they go toe-to-toe in the American League Wild-Card Game Wednesday night. Who you got?

Share All sharing options for: AL Wild-Card Game: Rays vs. Indians, who you got?

Thanks to Tampa Bay's victory over the Rangers in Monday night's tiebreaker game, the Rays will face off against the Cleveland Indians Wednesday night in the American League Wild-Card Game. After that, we'll know who, exactly, the Red Sox will be facing on Friday.

So, who's going to take this thing?

Not unimportant, though, is the fact that the Indians just had a day off. The Rays just went from Toronto to Texas, and now to Cleveland to play their 22nd game in 23 days. It's hard to imagine a more grueling schedule than that.

Who do the Sox want to face? 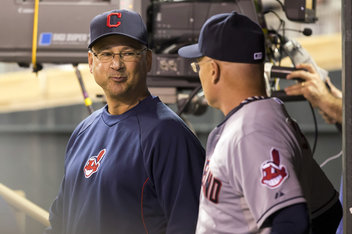 Who you want to win probably depends on whether you trend optimistic, pessimistic, or somewhere in between. The optimist looks forward to knocking the Rays out of the playoffs, the pessimist fears falling to them, and would probably consider a loss to old friend Terry Francona more palatable. A realist might land on the side of the Indians as well if only because, based on the above, they do seem like the easier opponent.

Who you think will win hopefully comes down to more objective considerations. Is that disparity in runs scored for real, or an effect of parks and chance? Is the gauntlet the Rays just ran going to trip them up? Is home field advantage going to make the difference for the Indians, who are 51-30 in Progressive, or will it not be enough to overcome the defensive disparity between the two teams?

We'll find out tomorrow, but for now: who ya got?