Along Yawkey Way: Gearing Up for Lester and Burnett

Share All sharing options for: Along Yawkey Way: Gearing Up for Lester and Burnett

Welcome again to the second addition of Along Yawkey Way where we take a look at the most recent news in Red Sox Nation and take a walk down memory lane at some of the lesser known facts about the club that calls home along yawkey way.

First up a preview of tonights game:

Lester Ready To Make the Leap to Elite

Tonights game is featuring the pitcher many in Red Sox Nation call the true ace of the team, Jon Lester. 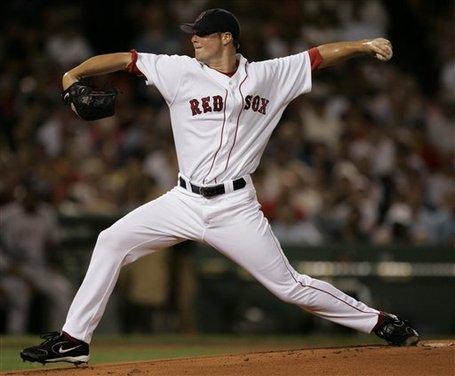 While many of you may know a bit about his recovery from cancer I wanted to focus this morning a bit on the long and hard road Jon took on his way to becoming one of the best lefties on the Red Sox roster since Bill "the Spaceman" Lee and Lefty Grove. The following news articles outline how that experience made him a tougher, stronger pitcher (not that I`m saying getting cancer is a good thing, unless you REALLY want that medical marijauna).

Jon Lester Opens Up on the Cancer Curveball

And really the quote that got me was this one:

Follow below the fold for a short news dump and some of the Red Sox history.

Of course the biggest news around Red Sox nation is not tonights matchup, but the signing of Josh Beckett to a contract extension which locks him up for the forseeable future in a Red Sox uniform

Red Sox Pitching Locked Up Through 2014

And while we all line up near Landsdown street for those of us lucky enough to have tickets to the game, and those of us not are watching in the bars and in our homes as the Red Sox play the first home series of the the 98th season of professional baseball at Fenway Park. I thought today we would take a look at that very first game played Along Yawkey Way...

After two rain delays, Fenway Park finally hosted its first professional baseball game on April 20, 1912. (The first official game played in Fenway actually occurred on April 9 when the Sox beat Harvard University, 2-0.) The Red Sox defeated the New York Highlanders — later known as the Yankees — before 27,000 fans,7-6 in 11 innings. The event would have made front page news hadit not been for the sinking of the Titanic only a few days before.