That's right.  I said the dreaded name.  Everyone is allowed to hate on me now all they want, but for all of the discussion that goes on about Adrian Gonzalez, I think he deserves to have his own discussion here.

Everyone here, no doubt knows about the great Red Sox Nation fancrush on Gonzalez, and there's a good reason why it exists.  He's young, he's a good defender, he seems like a genuiely nice guy.  The type of guy that can be a real franchise player.  Oh yeah, and he can hit pretty well.

After the jump I'm gonna take a quick look here at just why Red Sox Nation is all lovey-dovey about this guy.

Imagine a lineup where we have Youk hitting in the three hole, but after him, batting cleanup is none other than Youk.  Pretty cool, right?

Of course there's some fears.  I've seen all kinds of responses, including "fenway isn't exactly the kindest place to left-handed hitters."  So let me quell that worry quickly in picture form (if these are hard to read, you can get them in the hit chart section of his profile on mlb.com)

I want to remind you when you look at these that as a left handed hitter, left field is going the other way. 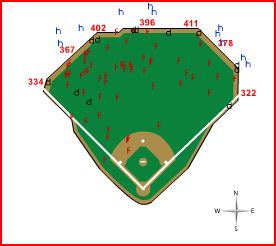 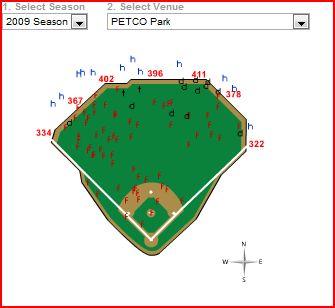 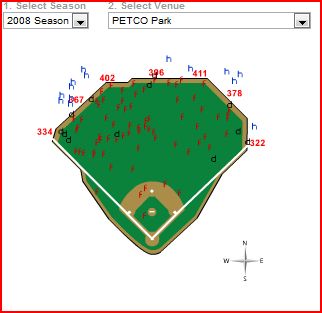 If you're salivating a little, it's because you're a Red Sox fan who, in your mind, has already overlaid these pictures over the next one: 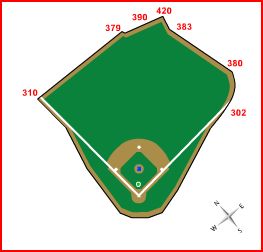 The other argument I've heard is that Youk isn't going to be able to defend third base.  Now lets get this straight.  Youk is an incredible first baseman.  He's also been quite a good third baseman who probably not as good as he was before.  He's also 31, which means that his range will probably be declining.  He's unlikely to be a defensive wizard at third base (although really, UZR has him at +6.9 in about 200 games there), but he's probably also not going to be damaging the team.  Gonzalez is also quite a good defensive first baseman, so I see no real reason they would not be the corners of a more-than-competent infield.

Some crazy people (like myself) are hoping that we re-sign Beltre, and say that will leave nowhere to put him!  This is simply incorrect since we are in the American League and have a DH spot.  Youk is probably the better defender, so Gonzalez would probably be stuck DHing or playing first if Youk got hurt.  I realize some people will say that DHs come so cheap, there's no way you want to be paying $20 million/year to a DH.  To those people, I would like to again point to the pictures above.  When you have a chance to add a bat which is SO perfectly made for Fenway on such a great hitter, you find a way to get him in the lineup.  DH's are usually cheap because the type of players who are usually DHs are aging sluggers in their decline who can't play anywhere else, not all-star players in their prime.

Now, let me clarify my baseball love for Agon by saying that there is a caveat.  Well, two actually.

First of all is that he is a free agent after the 2011 season.  There is no good reason to trade away every good prospect for him when he'll just hit free agency in a year.  It is in his best interest to hit free agency, where he can have teams bid for him and drive his price up.  The only reason it would make sense for him to sign an extension with the a team would be if they offer him an above-market deal to start with (which is a LOT for a player like this).  If at the trade deadline, he's on the trading block and the price isn't absurd, I'd say go for it, but no need to sell the whole farm just to have him a bit earlier than we'd be able to anyways.

Second of all is that yes, he is injured.  He just had surgery to clean up his right (so non-throwing) shoulder labrum, and there's a chance he won't be game ready by opening day.  It's not huge surgery and he should be able to bounce back, but before I get too crazy excited about him, I do want to make sure that he's the same hitter he's always been.

So what do you think?  Is he worth fitting into the Red Sox long-term plans?