[Editor's Note: Over the Monster has a reputation for its easy-going, carefree, friendly, happy-go-lucky atmosphere. However, like many television franchises, it occasionally experiments to appeal to different demographics. The following is one such experiment. Try to guess which demographic for the poll at the end!]

[Censor's Note: While we at the network appreciate the editor's desire to boost sagging ratings, and restore his own image as an auteur, it is necessary to maintain quality standards. Accordingly, we have censored parts of the following postgame story which our readers may find offensive, including sloppy writing, ad-hominem attacks, and other objectionable content.]

ImamSoxFan: Today our beloved BoSox lost in close, tough 4-3 game. [Censor: "So far so good!"]. Their opponent was the Angels, a team widely known for their rampant steroid use. A team from a city that ***[unfounded accusations of racism redacted- c]***. A team that ***[unsupportable ad-hominem attacks redacted]***. A state that ***[rest of paragraph redacted]***.

[Censor: I'm getting a little concerned here. Try to stay focused on the recap, and away from the vitriol.]

ImamSoxFan: So Beckett, who's a total hero by the way, pitched 8 innings of 3-run ball. Enough to win, right? WRONG. Howie "JUICY JUICE" Kendrick, who has an affinity for pie, hit a steroid- and probably pie-aided home-run off Beckett in the 3rd, and then a go-ahead RBI single in the 9th. None of which would have mattered, had Jason Varitek been able to hold onto Beckett's 2-out strike out, which he instead allowed to pass to the backstop, tying the game.

ImamSoxFan: While I could blame this loss on poor performances from our players (ex. Tek, only 6 hits from offense), or even attribute it to good play by a legit postseason rival, that would obscure the larger issue. Which is of course... Alien Mind Control. 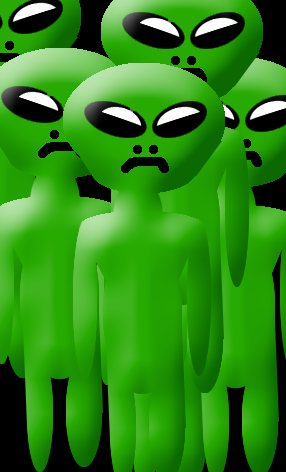 ImamSoxFan: You see, from their West Coast broadcast studios, which dominate the entertainment industry, the Angels and their secret owners, the Walt Disney Corporation, insidiously broadcast mind control signals, that generate bias in favor of the West Coast. This causes normal, god-fearing individuals to spend thousand of dollars going to the mind-control temple...

[Censor: I fell asleep at my keyboard for a few minutes, what did I miss?]

built on the ruins of an Ancient Aztec chamber, where they are indoctrinated to worship a monkey in a diaper and perform pagan human sacrifices to their eldritch god...

[Censor: I'm sorry this experiment has gone too far. We've created a monster, and I have to pull the plug, for the good of humanity.]

No!!!! They're cutting the signal!!! This is ImamRedSoxFan, and I will not be silenc-

Censor's Apology: We at OTM apologize for this breach of decorum, which will never happen again. We can only hope that no other popular sports fan site should ever allow such egregious, incendiary writing.