Share All sharing options for: Sox Wars Episode V: The Empire Strikes Out

A few moments ago, in a stadium far far away...

It is a time of great unrest in the New Yankee stadium. Seats go unsold, games go unwon. In this perilous epoch, a champion emerges, slithering onto the field to do battle against the Red Sox scum, and all of Yankee universe turns its eyes to the mighty right arm of Joba Chamberlain: 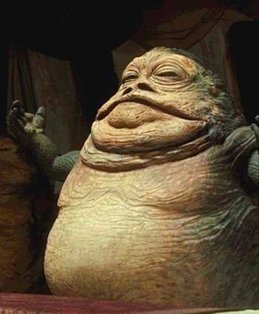 Joba, showing off his conditioning, via blog.firedocs.com

His fiery performance energized Yankee Universe. They clamored and cheered when he hit Jason Bay in the back, in possible retaliation for a 1st-inning three-run homer. And his passion and 10 strikeouts distracted the denizens of the wretched hive of scum and villainy from an unimpressive 5.2 inning, 4 run performance.

Meanwhile, Josh Beckett stayed on target through 6, scattering 10 hits and only allowing 3 runs. Okajima was brilliant in his two innings of work, which was a pleasant surprise considering how often he struggles against the Yanks.

Offensively, Jason Bay continues to be a New Hope, finally slugging out of the 4 slot, where he should have been all along (no offense to Youkilis). Meanwhile, we still await the Return of the Papi: no power tonight from Ortiz, although he showed good discipline at the plate (1 for 3 with two walks). Pedroia was the only Red Sox player to have multiple hits, for what that's worth; he snagged three, to raise his average to .321.

Great night, great (two-game) series. The Sox sit undefeated by the Yankees five games into the season series, Fenway is bouncing, and Toilet 2.0 is empty (especially around home plate). May the force be with us.