Sox-O's Game 2 Postgame: Short & Sweet, Plus the Source of Our Problems

Share All sharing options for: Sox-O's Game 2 Postgame: Short & Sweet, Plus the Source of Our Problems

Because brevity is the soul of wit (and tediousness the limbs and outward flourishes), I will be brief: the Red Sox won Game 2.

Finally, after intense research, I think I've pinpointed the source of the Red Sox season-opening struggles: 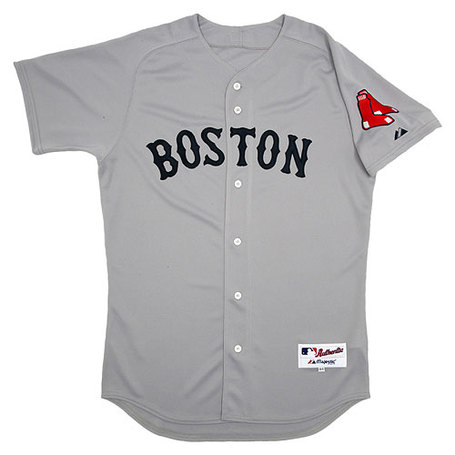 You're looking at the brand new, 2009 road Sox jersey above. At first it seems innocuous. But take a closer look: 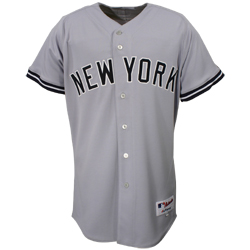 Now, I'm not normally one to suggest a conspiracy (that would be the seedy, rumor-mongering cabal of Arte Moreno, Mike Scioscia, Evan Longoria, Steven Spielberg and the National Retail Federation). But if the 2009 Red Sox are not meant to be a massive, catastrophic, money-guzzling failure of AIG-like proportions, why are they wearing Yankee colors on the road?