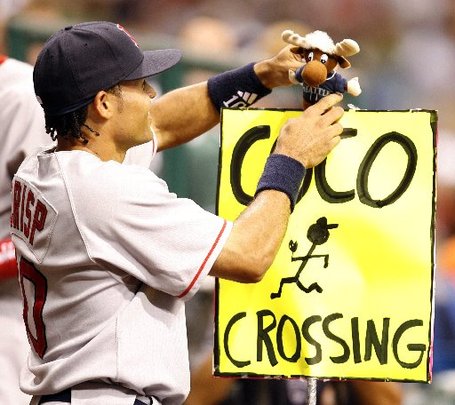 At times, it wasn't easy. Coco was brought in to replace Johnny Damon, a fan-favorite player who, in Boston, covered a lot of ground defensively and was a pretty solid offensive threat every season here. It'd be untrue to say that Coco lived up to that billing, and at the time, Andy Marte might've actually seemed more useful, considering that our top 3b option at the time was Mike Lowell, coming off a season in which the only sure thing was that he would one-up previous 3b Bill Mueller in salary. Of course, Lowell worked out like crazy, and Marte was never missed or (as of yet) useful.

But what of Coco? His previous two seasons in Cleveland were certainly near-Damon's usual output (110, 117 OPS+), and he needed only to use his speed more judiciously on the basepaths to make it easier for us to forget about the defector. His defense in left field was said to be excellent, and he was young enough and fast enough to at least transition into being an average CF on defense.

Coco came out like gangbusters in the first series in Texas, looking extremely sharp in all phases of the game. That was seemingly the end of his run in terms of being an effective offensive player, as he returned from injury and never got above a .758 OPS for any month the rest of the season. Coco never really lived up to the offensive promise, and while his numbers weren't pure excrement from the CF position, they were still below what we had anticipated. He remained a willing and effective basestealer throughout his tenure in Boston, but his other offensive contributions were never exactly significant or consistent.

So why, then, will we remember him so fondly? Interestingly, in retrospect, his defense. I think we can all remember a number of catches that Crisp made throughout his time with the Red Sox; catches we didn't think were possible on the crack of the bat or even by watching the trajectory of the ball. While his offensive efforts were stagnating, his defensive contributions were an absolute treat to the eyes. He became a big part of a team that, in 2006, and fair or not, gave us a lot of confidence when balls were put in play. The numbers weren't always consistent with this perception, though his performance in 2007 was widely hailed in statistical circles. Coco became well-known for his acrobatic catches in the outfield and excellent closing speed on short fly balls. He was the good kind of reckless, willing to dive at all times and to run very close to the Monster and bullpen walls if necessary.

Coco was the undisputed master of his domain until 2008, when young Jacoby Ellsbury vied for the starting position. Crisp was never TOO vocal on the issue, though certainly expressed his view that he wanted to start, wanted to play as much as possible. Whether Ellsbury was going to outperform him or not, I have no problems whatsoever with his desire for playing time. We shouldn't want ML players who WANT to take a backseat, especially those who should probably have gotten a Gold Glove in 2007.

Whether he wanted it or not, Crisp ultimately did take a backseat to Ellsbury for much of 2008, but remained a reliable hand in CF and provided some (cliche) timely hitting in spots for the 2008 Red Sox.

Crisp also showed a strong personality in Boston, most well-exemplified with the willingness to take this picture: 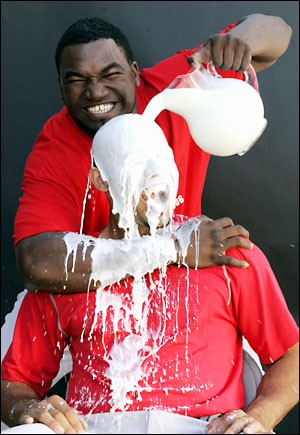 And his fighting skills: 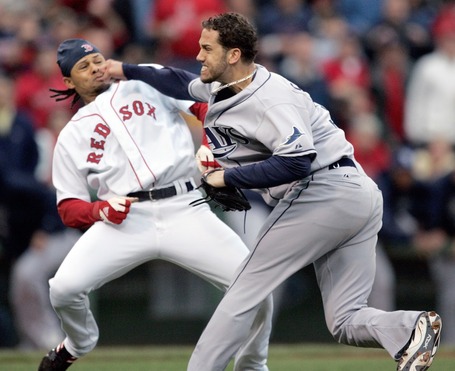 He leaves us with a legacy of spectacular catches, of helping to usher in a new era of speed in Boston, and a well-earned World Series ring. Good luck in Kansas City, Coco. 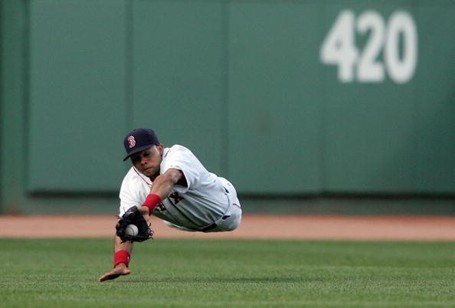 It's time, people. Show the love. Favorite Crisp moments in the comments.