What the Brad Penny signing means for Boston

Share All sharing options for: What the Brad Penny signing means for Boston 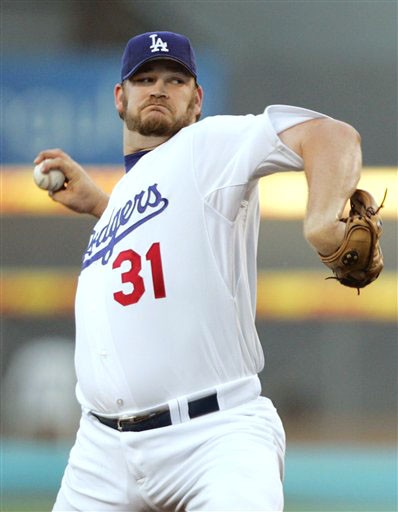 The Red Sox can not go wrong with signing Brad Penny.

The Sox and Penny agreed to a one-year, $5M contract with up to $3M in incentives last night. Penny, coming off an injury-shortened season (tendinitis in right shoulder) in which he started just 17 games, will most likely be the Red Sox's fourth starter in the rotation.

With Penny, 30, in the rotation, the Sox look to have solidified their rotation for the 2009 season:

There are a few concerns with signing Penny. The first is his injury history. Reports are that he was actually throwing 97 when he got back in September last season, but just wasn't effective.

The second is how he'll translate from pitching in the National League for nine years to pitching in the toughest division in baseball, the American League East. Odds are he won't have a Cy Young season like he did in 2007, but he shouldn't be horrible. He's a capable as long as he's healthy.

But now you have to ask, why can't the Sox go wrong with signing Penny? Easy, because this is chump change for a pitcher that has a pretty solid track record. The Sox didn't gamble on a pitcher like A.J. Burnett, who could blow up with one pitch. They decided to go a much cheaper route and sign a pitcher that has the ability to be in that echelon of pitcher. If Penny is bad, the Sox miss out on $5, which is pretty much nothing. If he's awesome, then we get a great pitcher for $8M or so.

This deal is similar to things the Sox have done in the past, like Bartolo Colon and Wade Miller. Both deals didn't create All-Stars, but we don't look back and regret them, do we?

The deal could be called a shot in the dark, but it's worth it. It's a low-risk, high-reward deal; one the Sox love the most.