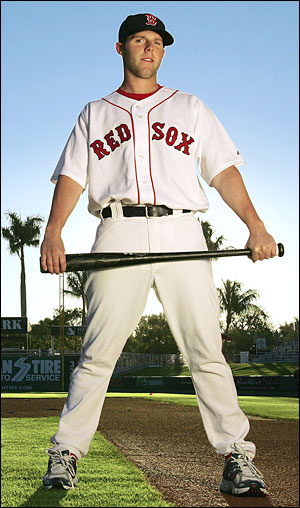 The American League's MVP had a season for the ages. Little Scrappy Doo did something that no one could have predicted -- even readers at Over The Monster couldn't do it. Here's how Pedroia's stats compared to what OTM readers projected out of the All-Star second baseman:

As you can see, no one really thought he'd hit for such a good average. We basically nailed the OBP, but also under estimated his power and his ability to steal bases. It's not so much that Pedroia is fast -- because he isn't -- he just picked great times to swipe a base. After this season I don't think anyone will ever doubt what Pedroia can do in terms of home runs, either. He can mash pretty well for a little guy.

The closest guess was by OTM reader 2004LoveAffaird. Everone was off with ABs, but he was close with AVG/OBP/SLG and not too far away with the home run numbers.

Up tomorrow is Jason Varitek. That should be a doozy!

Link to the original CP for Dustin Pedroia