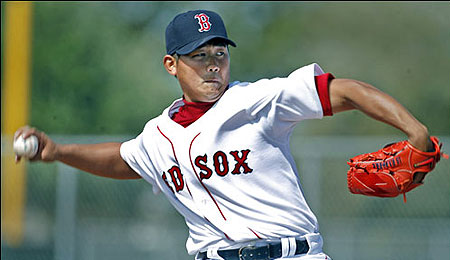 For the man that finished fourth in the 2008 American League Cy Young voting, OTM readers weren't even close to predicting his season.

Only two categories (games started and wins) were close. Everything else was off pretty considerably. It's interesting to compare Daisuke's 2007 and 2008 seasons. Daisuke was definitely better in '08, but he did give a lot more walks while allowing less hits. The result to his WHIP? Nothing. His 2008 WHIP (1.32) was identical to 2007. It's amazing how that worked out.

There was well over 20 responses to the prediction for Daisuke. It was a great response, so we'll definitely do this one again in the spring. Hopefully we'll come a little bit closer next time.