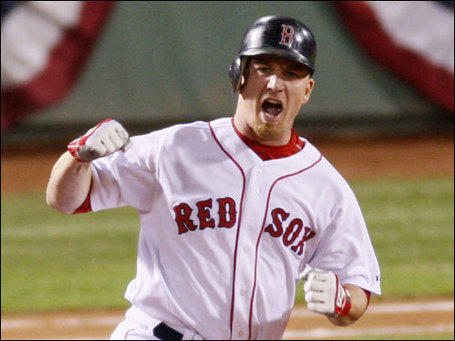 'Tis the season for community projection results. It's when I stick my nose into Excel for a few hours and figure out where people went right and wrong. A community projection, if you don't know, is where members of the OTM community predict how a certain player will do in the upcoming season. To see an example, here is J.D. Drew's.

And speaking of Drew, we start with Drew. Overall, predictions were a tad high for how Drew actually produced. It certainly didn't help though that Drew missed a good chunk of time due to injury. Had Drew been able to play in 30 or so more games then these predictions probably would have been a lot closer and, in some cases, lower.

Here's how the numbers broke down:

The closet projection was by OTM user future. As you can see by the average projection, if Drew were healthy the entire season he'd actually surpass expectations.

Thoughts? The remaining projections will be posted soon.