Wrapping Up the Season (and Playoffs)

Share All sharing options for: Wrapping Up the Season (and Playoffs)

It's amazing. Barely a day after the Sox lost in the ALCS, we have dived into the offseason speculation. Part of the reason is that both the trade and free agent markets are much more interesting than in 2008. Another reason is that the 08 Red Sox have more evident flaws than the 07 squad. There are two things I want to discuss before sending off this fair season.

First, check out the pre-season predictions some of us made over here. As usual with such things, they mostly turned out wrong. For example, this wacko thought the Red Sox would miss October, and the Yankees would win the division. What a maroon. Although he did note the Rays were good, and might surpass the Sox.

I also wanted to briefly address our performance in the ALCS. The Rays were unquestionably the better team. With Ortiz injured, Lowell out, and with bench players (hello Mark Kotsay, Alex Cora) filling the starting lineup, our team was lucky to get to game 7. There's no shame in losing to a team that's clearly better than you are. Just ask the Angels. But one thing stands out to me.

ALCS Game 2. Josh Beckett has been rocked for five runs, and yet the offense has given him a 6-5 lead going into the bottom of the fifth. Terry Francona does which of the following things?
A. Rolls barrels of gasoline into the bullpen so they can "warm up."
B. Calls over the umpire and concedes the game, then calls his bookie.
C. Leaves in a struggling Josh Beckett who has been absolutely shelled.
D. Makes a sound and reasonable managerial decision.

Alright. No. 2 Pencils down. The answer is C. Despite Beckett's evident inconsistency, his diminished velocity, and his proclivity for leaving pitches up in the zone, Tito allowed him to remain in the game. And not just until he allowed them to tie. Oh no. He had to give him the opportunity to give the Rays the lead. Going to the bullpen earlier might not have changed the outcome, but Francona had to take that chance.

Thankfully, the 2008 playoffs were not without some success for our team. We got to knock off one of the most overrated teams in the history of baseball. I think I can still hear the cries of lamentation all the way from the West Coast. 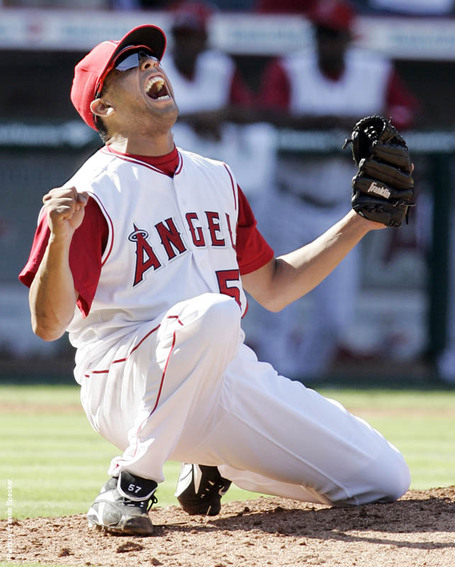 And now, presenting the Offseason PRIMER...
...

2. Jason V-A-R-I-T-E-K. (If you can't properly spell this guy's name, you're a bad fan. Although, hopefully it'll be some other fan's problem by March of next year.)

That is all. My 5-Month Plan for 2009 Dominance will be coming shortly.