Two years in a row: What's it like now? 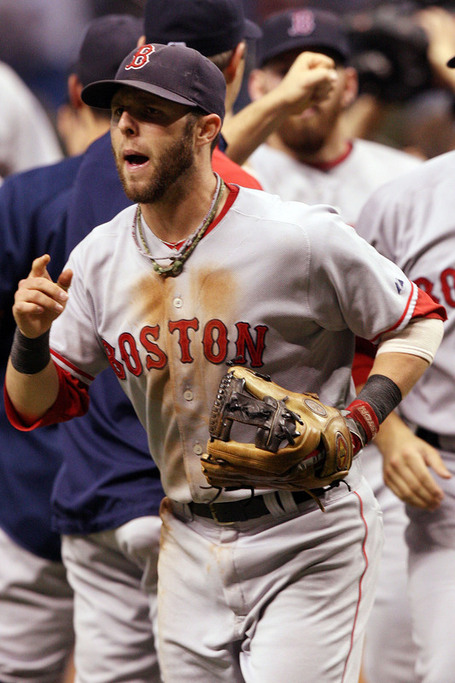 It's almost 1:30 p.m. here and I can't help but think about tonight's game seven.

Does anyone remember what that feeling was like at this time last year? I don't remember. I wish I could, because I'd like to compare it to right now. Right now it just seems like it's set up nicely. The Sox evened the series and now it's do-or-die time. Someone will be playing their last baseball game tonight.

It's hard to compare this team to last year's team because it is so different. Mark Kotsay at first base and Jason Bay in left field? Could anyone have guessed that in spring training? Coco Crisp in center field, nevertheless, after the benching of Jacoby "Jactober" Ellsbury. It's a different team.

A different team, but the same attitude: play like there's no tomorrow. That's how the Sox will play tonight. From the top of the order to the bottom, from the starter (Mr. Jon Lester) to the bullpen. The ALCS is culminating with this and it feels great.

The Sox aren't dead yet, so let's do it.