Share All sharing options for: I don't owe you. I/O the Red Sox. Part 1. 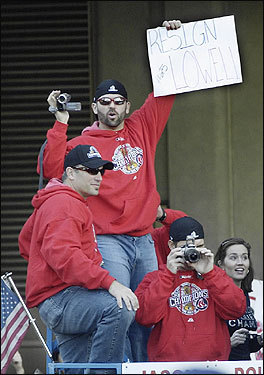 Let me start by saying, I apologize. I apologize to all of you readers for picking I/O (Industrial/Organizational) Psychology as my major.

Frederick Herzberg: Or, WTF does he have to do with all of this?

What are the two factors? ...I'm getting bored.

The two factors are pretty easy to understand. There are motivators which are what really drive the individual to perform/enjoy their job/increase satisfaction. They are:

There are also hygiene factors. The lack of these factors can decrease satisfaction, but their presence does not increase satisfaction. In other words, they are necessary for one to be at the lowest level of contentment with a job. They are:
The wikipedia article about Herzberg himself characterizes the following two factors as hygiene. Most of the research I've read actually considers them to be both hygiene factors and motivators, depending upon the situation. I'll explain that in a second.
As you might imagine, there is a minimum level of pay and benefits acceptable for an individual. This is different depending upon each individual and the particular job. So too, is there a minimum level of co-worker relationships that are acceptable. One would need to have at least cordial relationships with their co-workers. But what if those cordial relationships become close friendships? Does that then become a motivator? To stay at a job, or in choosing a job? Going back to pay and benefits, is there a point where the pay and benefits themselves can become motivators? Absolutely. Where that line is draw is, of course, individually-based and hard to quantify on a large-scale.

What does all this mean for Mike Lowell, and for the Red Sox?

For one thing, we know, obviously, that Lowell is not in baseball absolutely for top dollar/years. He could've gotten that somewhere else. But does this mean he's not a businessman? Business isn't just about $$. When you think about your job, aren't those motivators also important to you?

How much higher achievement and recognition, in MLB, can you have than winning the WS and winning the WS MVP? The highest (inter)national stage that MLB has to offer, and you've gotten there. Wouldn't you be motivated to remain with that club?

In terms of the work itself, this is why I felt that Lowell would never play for the Yankees. I think it's clear he enjoys playing 3B, and that has value to him. Would playing 1B hold the same value? (ed: could this apply to Alfonso Soriano's initial unwillingness to play the OF? Was it really as unreasonable/money-driven as it was painted by the media?)

How about responsibility? On the Yankees or the Phillies, Mike Lowell is a face in the crowd. A well-respected veteran, but not a leader. Not the guy who's able to converse equally with his Spanish and English-speaking teammates, and who is expected to do just that. On the Yankees in particular, he doesn't serve as the #5/backup cleanup hitter. He hits 6th or 7th. I don't think there's any way to see the Yankee offer as including more responsibility.

Promotion/Growth? Well, promotion isn't a cut-and-dried process in MLB, so I'm not sure if that particular tenet is applicable as the others are. But growth? Where else is there a wall tailor-made for Mike Lowell's swing? Where else could Mike Lowell threaten to join the 50-2B club, now, at his age?

As to the fence-straddlers, relationships and $$+benefits? It's clear that Lowell is well-liked and respected by his teammates. (ed: Varitek's sign at the parade above) Did this play a part? I think so, though it might not be as easily acceptable as the others. $$? Well, we can say at the very least that this deal (3/$37.5M) at least takes care of the hygiene side of things for Mike Lowell. Hard to determine whether it increases his job satisfaction.

I've had this kicking around in my head lately. MLB is a business, and I think treating it otherwise gives us unrealistic expectations about the individuals who wear the uniforms. But looking at it that way, I think, doesn't have to be a cold process of numbers. Business and the working world isn't all about that anyway.