Not the type of medical help the ailing Angels were looking for.

Let's be honest kids. In a game that was clearly a battle of wits and cojones with Dr. Curtly, is there any chance someone with the last name Weaver could've won? No? Good, we're agreed then. Say what you will about the man's politics or decisions to speak sometimes, but he's absolutely balls-out in these situations.

While Schill was doing his thing, Papi and "Being" did theirs: hitting HRs. They put up back-to-back jacks in the 4th inning to give the Sox a 2-0 lead that they'd never relinquish.

Eric Gagne came in to finish off the game, and proved why he's such a trusted man for those 9-run leads. 9-1 Final, and your Red Sox will begin the ALCS at Fenway on Friday.

Oh what. Do you want a celebration photo or something? 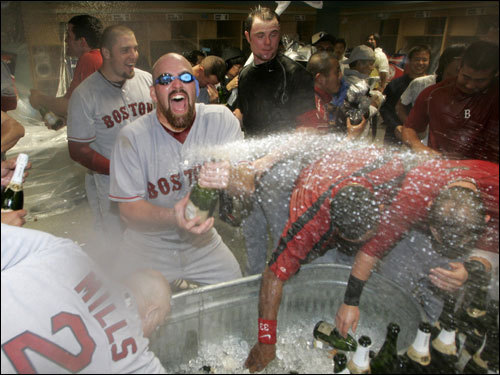 (Yoouk has a mad scientist thing going on)
Reuters photo 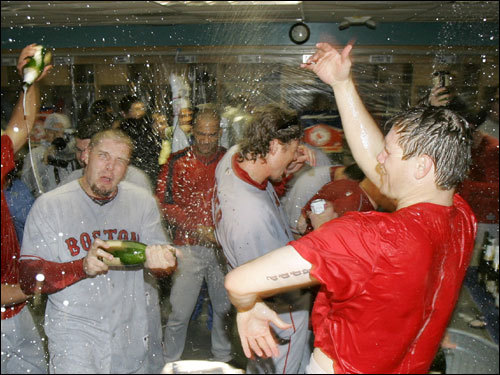 (Thanks to the Angels for cleaning up this mess)
AP photo